Colombian for a day

It’s game day.  For almost a year I have been waiting for this day.  A bucket list dream of mine is now about to become a reality.  It was a beautiful Saturday morning in Belo Horizonte, Brazil.   It was time to be a Colombian on this World Cup day. 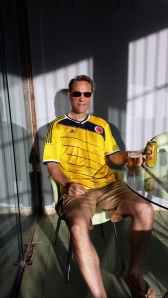 I was a little nervous about today.  It was such an exciting day and I really did not know what to expect.  But as we made our way to the stadium and started to take in all of the passion (especially the Colombians today) it was incredible.  We caught a local bus to the stadium and made the walk to the stadium past multiple police barricades to keep protesters out.  At 9:30am it was still too early to enter the gates of the stadium, but the Colombians began to gather and sing their chants. 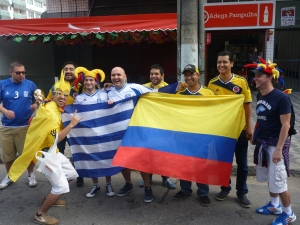 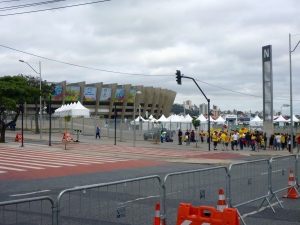 First view of the Mineirao 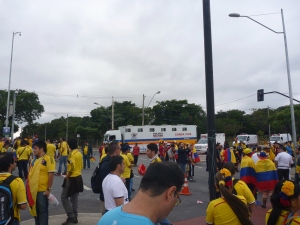 More police presence in the back

Lots of beer outside

Around 11am the gates finally opened and we made it into the Mineirao.  It was quite a sight.  FIFA did a decent job with the setup inside before the match.  There were various entertainment tents and the fans were really enjoying themselves. 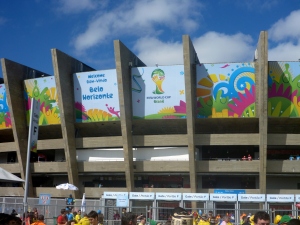 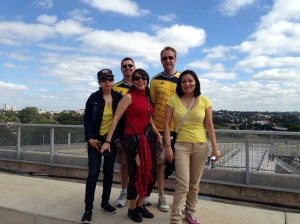 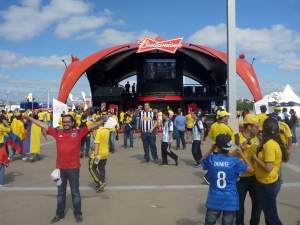 The anticipation was too great so we headed inside the stadium to find our seats and I could not have been happier.  Somehow I got really lucky to get in the first row right on the corner.  And surrounded by Colombians. 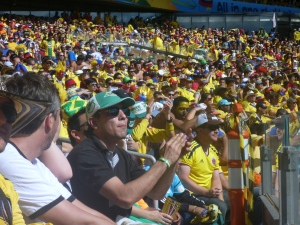 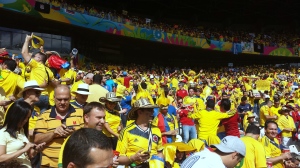 The game was great.  A 3-0 win by Colombia over Greece.  The 50,000+ Colombians and all of our group could not have been more satisfied.  It was just what I had hoped it to be.